by Scot Macdonald and Neil Macdonald

If you aren’t a literary icon by the time you’re 30, should you give up all hope and try something easier, like becoming president of the United States? Studies of dozens of top writers suggest that for poets, probably yes; for novelists, probably no. 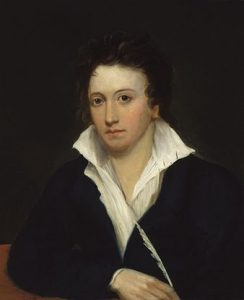 Like mathematicians, physicists and many musicians, most poets succeed young. Percy Bysshe Shelley penned the immortal poems “To a Skylark”, “Ozymandias” and “Ode to the West Wind” before he drowned at 29. Shakespeare started producing his 154 sonnets, including “Shall I Compare Thee to a Summer’s Day,” when he was just 29. Robert Browning penned most of the poems for which he would later become famous before he was 30, while Robert Frost sold his first poem at 20.

But, like historians, medical researchers and engineers, age appears to be a powerful advantage for novelists. Even if they start publishing young, novelists’ greatest works usually are written later in life. Mark Twain was 50 when he published his classic, Adventures of Huckleberry Finn. John Steinbeck was 37 when The Grapes of Wrath appeared and 50 when his masterpiece East of Eden was published. William Faulkner wrote his Pulitzer-Prize winning novel, A Fable, at age 57, while Fyodor Dostoevsky penned his masterpiece, Crime and Punishment at 45, The Idiot at 47 and The Brothers Karamazov at 59.

The explanation for the difference between poets and novelists goes to the nature of poems compared to novels. Psychologist G. M. Beard argued more than a century ago that poetry depends on sudden insightful flashes of brilliance that tend to occur at a young age. Poems, at least short ones, can usually be written in a single burst of inspiration, but inspiration alone can’t carry a novelist through a 100,000-word novel. Writing novels depends as much on experience and knowledge as on inspiration. A young novelist may have a great deal of inspiration and enthusiasm, but usually lacks the technical skills and experience to mold that inspiration and enthusiasm into a great novel. Masterful novels are usually written by those in late middle age who combine enthusiasm with experience.

Unfortunately, age does not aid the novelist forever. Experience can only make up for waning inspiration for so long; by the time writers are in their sixties or seventies, inspiration and drive appear to wane, even though their technical skills may remain high. Rare is the novelist who pens a masterpiece in his or her sixth or seventh decade.

Unlike some actresses who may depend on their looks for success and find few parts after 30, and scientists, of whom Einstein said that “a person who has not made his great contribution to science before the age of 30 will never do so”, novelists can write until late in life—and stand a good chance of writing better with each passing year, at least until their inspiration wanes. Maybe that’s why Hemingway kept remarrying: to find a new muse to inspire him.