Is the novel you’re writing going to be your one shot at greatness? Or will it be just one of many works—some great, some not-so-great—that form a somewhat meandering path to fame, fortune and immortality? Knowing which type of writer you are can have a significant influence on the way you write, how you perceive your work and critics, and how you view your career.

A few writers pen one novel, a masterpiece, and never write another.

Harper Lee published three articles and a single novel. Of course, that single novel was the classic, Pulitzer Prize winning To Kill a Mockingbird. 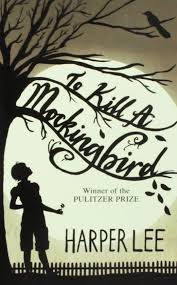 Margaret Mitchell wrote three novels that were unpublished before she published her first and only novel, Gone With the Wind, which won the National Book Award.

Other successful writers who wrote only one novel include Arthur Golden (Memoirs of a Geisha), J.D. Salinger (Catcher in the Rye), Emily Bronte (Wuthering Heights; although she died a year after publication), and Ralph Ellison (Invisible Man).

Far more writers produce novels as regularly as reporters produce newspaper stories, although only a few produce a series of masterpieces.

Mark Twain published a dozen novels during his lifetime, including at least five classics, 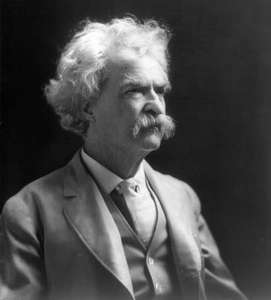 The Adventures of Tom Sawyer, The Prince and the Pauper, A Connecticut Yankee in King Authur’s Court, Pudd’nhead Wilson, and, his masterpiece, Adventures of Huckleberry Finn.

Charles Dickens published 19 novels, of which The Adventures of Oliver Twist, The Old Curiosity Shop, A Christmas Carol, David Copperfield, Bleak House, A Tale of Two Cities, and Great Expectations are the most well-known and read today.

John Steinbeck published 16 books, including the classics, The Red Pony, Of Mice and Men, The Grapes of Wrath, The Pearl, and East of Eden.

Shakespeare wrote 38 plays, with probably a couple more lost to time, with most, but certainly not all, masterpieces.

Tolstoy wrote seven novels, including the immortal War and Peace and Anna Kerenina.

Fyodor Dostoyevsky penned 15 novels after serving five years in a Tsarist detention camp in Siberia, including three masterpieces, Crime and Punishment, The Idiot and The Brothers Karamazov.

What Type of Author are You? 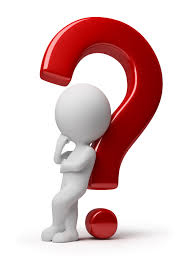 So, are you a one-masterpiece wonder or will you build a literary legacy one book—some masterful, some near-misses—at a time? You should try to write every novel as well as you can, but you should also be aware of what type of a writer you are.

If you are driven by one story, often somewhat autobiographical, then make sure you perfect it, like Margaret Mitchell or Harper Lee did with their sole novels. It may be your only shot at greatness. Take your time, plot and replot, write and revise, polish, seek advice, and make sure it is the best it can be before releasing it out into the world. Know it is your one, best chance, and hone it to perfection.

If you are overflowing with ideas, like Dickens or Twain, then also write your best, but know that not every novel you write is going to be a masterpiece. No one writes 10 or 20 novels with every one a masterpiece. Even Twain and Dickens wrote the occasional clunker. Dickens’ Hard Times is one of his shortest novels, with a small cast and few subplots—the aspects of novels at which he excelled. Twain’s Personal Recollections of Joan of Arc is rarely read today. Shakespeare even wrote a play, Pericles, Prince of Tyre, which involves the kidnapping of a maiden by pirates and enough bad plot twists to make a daytime soap writer blush. Ben Johnson called it “a mouldy tale.” Pericles is so bad that many Shakespeare experts question how much of it the Bard actually wrote. If you are a prolific writer, know that if one of your novels does not appeal to the critics or even a broad audience, the next one might. Don’t be afraid to try out different novel ideas or even different genres, since you know you will write many more novels. You have the time—and the future novels—to experiment.

Part of the reason why even the masters write some weak novels or plays is because, no matter how great their body of work, some will be better than others. Even if the worst Dickens or Shakespeare is better than 99 percent of everything else written, those reading Dickens and Shakespeare will still focus on their better works. If you write 20 novels, even your most ardent fans will praise some more than others. 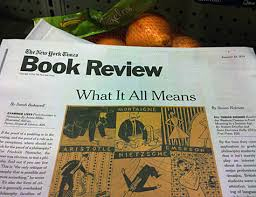 Whether you are a singular writer or a novelist who will produce a dozen books effects how you react to critics. It is far easier to let a scathing review slide off your back if you already have another novel about to hit Amazon’s electronic pages. Stephen King’s The Tommyknockers includes a vacuum and a Coke machine as villains, and failed to find an audience, but with more than 50 novels to his name, the failure did little to dent King’s productivity or fame. Hemingway’s 1950 Across the River and Into the Trees has a static plot and even his wife, Mary, disliked it. Hemingway had more novels in him, and the next was far better: The Old Man and the Sea. After The Old Man and the Sea was well received, the criticism of Across the River and Into the Trees probably carried far less sting for Hemingway than it had before his sea tale appeared.

Writing another novel can often be the answer to bad reviews and poor sales, but sometimes it takes time—a long time. After three successful novels, George R. R. Martin wrote The Armageddon Rag, which was a commercial failure. It, he said, “essentially destroyed my career as a novelist at the time.” If it had been his last novel, he would never have been known as a novelist. He turned to writing screenplays, before 13 years later publishing A Game of Thrones, which re-launched his career as a novelist into the stratosphere and with it the A Song of Ice and Fire series.

David W. Galenson in Old Masters and Young Geniuses: The Two Life Cycles of Artistic Creativity, highlights two different types of artists. Some artists experiment to find their chosen style and form. They often create their greatest works late in life. Michelangelo, Rembrandt, Virginia Wolfe, and Robert Frost experimented and produced many works, but their greatest works appeared late in life. Some artists experiment for years before finding their style. In the 1990s, the Los Angeles County Museum of Art hosted an exhibit of Monet’s work. The first paintings in the exhibit were blockish, stiff and unnatural. Created by Monet early in his career, most viewers upon seeing the paintings would have advised the young artist to try another line of work. As you walked through the exhibit, the paintings changed as Monet tried different styles, some better than others, but none great. Then there was a painting that showed the first glimmer of his famous style, then another and another as he perfected his take on Impressionism. Looking back through the exhibit, viewers realized that Monet spent decades developing his own style, creating hundreds of works before finding the style that would make him immortal. He was a true experimenter, producing a large number of works over his lifetime with a relative handful of masterpieces only after he found his style. In the motion picture business, the studio system was especially suitable for experimenters, as directors often made dozens of movies a year. John Ford, for example, made 140 movies, of which about six are classics.

The other type of artist experiences a sudden breakthrough that leads to a great work, often at a young age. Vermeer, van Gogh, Herman Melville, James Joyce, and Sylvia Plath fit this artistic type. Poets and painters often fall into this category, especially if they create a new style, such as Byron, Shelley, Walt Whitman and Jackson Pollock, although it includes some writers, such as Allen Ginsberg, who wrote the innovative Howl as a stream-of-consciousness novel.

Some artists and writers build a career over a long time and many works, while others are one-hit wonders—but what hits. Whether you have one story or a dozen to tell, know yourself and you will have a better idea of how your writing career will, with some luck, develop, how you react to criticism, and the probable arc of your career.\