After completing a novel, some authors are bursting with a dozen ideas for their next work. How do you to choose which idea to write next? 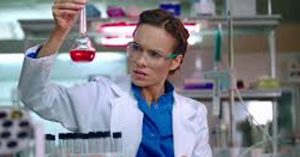 I used to try a scientific approach. I would write down all of the ideas I had for another novel on the left hand side of a sheet of paper. Then I would make columns across the top, which varied with the years, but usually included such categories as how interested I was in the topic, marketability, how much research it would entail, how close it was to another work I had already written, genre, and how much fun it would be to write. I would then rank each new novel idea in each column and add up the numbers to see which idea was “best.” For all of its rigor, this method almost always failed at the next step: starting the project.

As I started the scientifically chosen project, on rare occasions the ideas would flow, the plot outline would develop, characters would leap onto the pages fully formed, and all would be well. Most of the time, however, my mind would drift off to the other projects I had imagined. I worried that the project I had chosen had too many flaws and would fail, even as the other projects I had scientifically rejected appeared to beckon from a land of perfection. Great ideas for those projects would flit through my mind. Fearful of losing such gems forever, I would jot them down and stick them in files or on stacks of papers for future use. Often, one of those novel ideas would end up with far more ideas than any other, regardless of its marketability, amount of research required or any of my other “scientific” ranking variables. After a few heart-rending weeks of trying to stick with the original project, I would gravitate to the one with the vast majority of ideas and decide, after much debate and soul searching, to go with it.

Having been through the same experience many times, I decided to accept the process. Now when I finish a project, I realize it will be followed by a disorganized, apparently unproductive, yet creative period. I scribble down a dozen or more projects, paying no attention to whether I have the background to write them or could ever do the research to even start them. Given my complete inability to learn French in high school, should I really start a detective novel set in Vichy France? Not an issue at this stage. A novel told in reverse chronological order, even if I hated the lack of drama and tension in The Curious Case of Benjamin Button? Don’t worry about it. The goal is to get any and all ideas out of my head and onto paper. No editing at this point.

With my list of possible ideas, I spend time sitting around, thinking or not thinking (the subconscious can be key at this stage), jotting down arcs for stories, possible characters, while I try to think through each project, although it is rarely a systematic process. Ideas come as I fall asleep, take a shower and drive to the store. I keep pens and pads everywhere, since the ideas that bubble up from the subconscious are often the best and, if not written down right away, are usually lost or—worse—subtly changed so that their vital essence is lost.

As I berate myself for avoiding writing and not starting a new novel or producing any pages, the ideas come, the disordered stacks of sticky-notes and little pieces of paper with ideas keep coming for the plethora of projects. Over time, two or three claim most of my subconscious and thoughts. At some point, when I can stand it no more, I draft the start of the two or three stories that have provoked the most thought in me. Going from theorizing and daydreaming about a project to actually trying to put words on paper is an excellent reality check. Am I comfortable creating an entire fictional world for a fantasy novel? Do I want to spend a year writing and revising a novel with a character I find boring within the first few pages? Within a paragraph it becomes clear that certain novel projects that seem great, just will not work to actually write. All projects run into problems, but some problems even the subconscious can’t solve. Reality usually leads me to the story I really want to write within a few days of trying to start a few novels.

“There was a moment when I changed from an amateur to a professional. I assumed the burden of a profession, which is to write even when you don’t want to, don’t much like what you’re writing, and aren’t writing particularly well.” Agatha Christie

Professional writers have said that as a professional, you cannot wait for inspiration to strike. Every day you must produce pages. However, having read a great deal about authors, they all seem to have down times between projects. For some it may just be a few days, for others months. Some authors, such as John Grisham, do start a new novel the day after they finish a novel. However, I bet that they have been thinking about a new book before that day or that, by starting a new book, they mean starting the conceptualization of a book, not the actual writing of it. Every author needs some time to develop ideas for a new novel project. Give yourself time for such thought, since it is crucial. Rushing into a new project may seem right, since the creative juices are flowing, excitement runs high and there appear to be no problems on the horizon, but starting a novel without some planning is like building a house without a plan. There is a small chance you might end up with a beautiful, well laid-out house (or novel), but you are far more likely to end up with a jumble of confusing, disconnected rooms and the bathroom in the middle of the living room (or a jumble of scenes that tell no story). Patience, especially at the beginning of a new project, is a virtue, as is the realization that the creative process, especially at the beginning of a project, is messy, confusing and seems for longer than it should, unproductive.