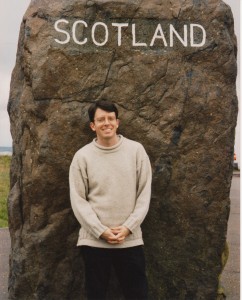 K. Scot Macdonald has published four novels, The Shakespeare Drug, In Justice Found, A Plunge into Evil, and Mouse’s Dream, two articles in the Writers’ Journal, three nonfiction books, including Deadly Dance: The Chippendales Murders, several other articles, and contributed to two other books. He has also published a short story, “In Pursuit of Perfection.”

Scot has worked as a paperboy, landscaper, driver, pollster, census taker, commodity broker and clerk, tutor, editorial assistant, and copy room employee in a law firm. For the past ten years, Scot has been a grant writer in the Department of Neurosurgery and then a senior marketing associate at Cedars-Sinai Medical Center in Los Angeles.

His father was a sportswriter in the 1960s and Scot has an avid interest in sports. He is an 8-handicap golfer.

Scot lives in the Los Angeles area with his wife, young daughter and a brindle Scottish terrier, Skye.