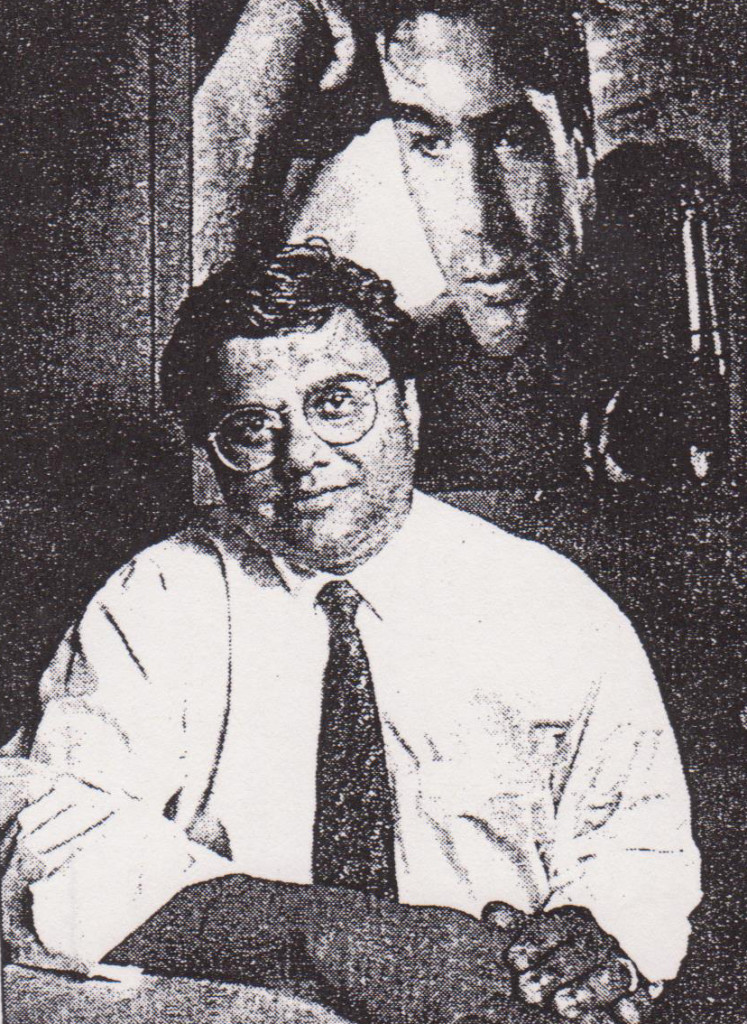 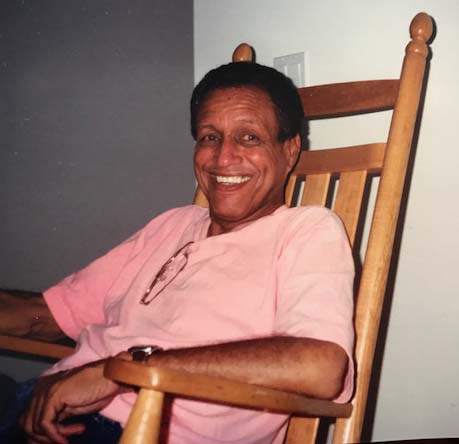 Ray Colon late in his life. 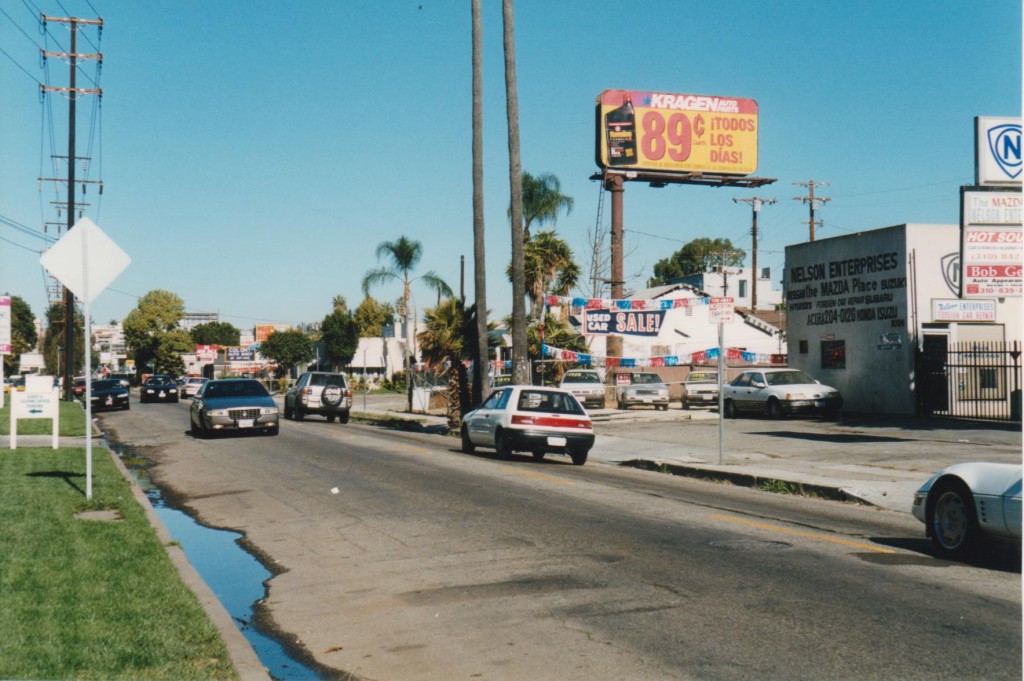 A section of Overland Avenue in Los Angeles in the late 1990s near where Chippendales was located. 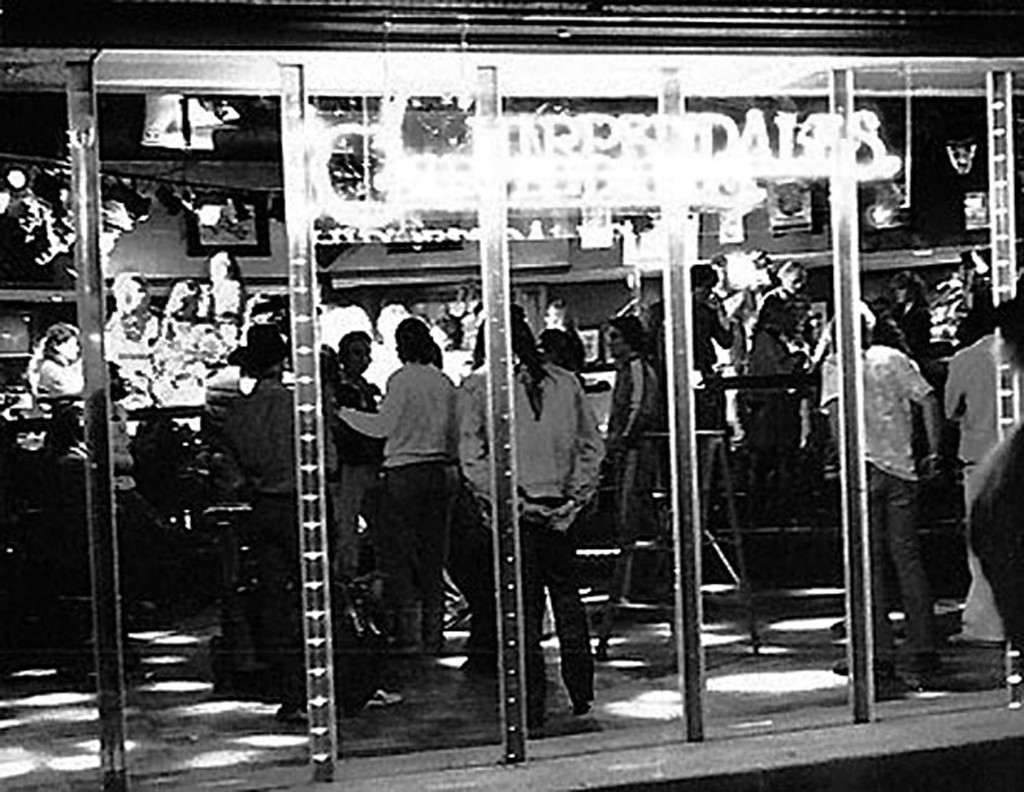 Chippendales at its height in the early 1990s, when it was used as the setting for a motion picture. (Image courtesy of Enzo Giobbe, all rights protected.)

Get your copy of Deadly Dance: The Chippendales Murders Today! Buy it today as a paperback, kindle or in any e-book in any format. 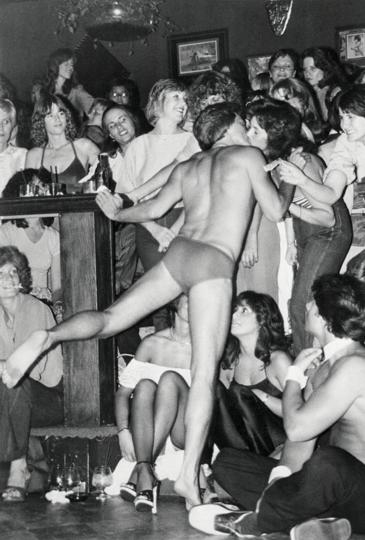 A Chippendales dancer in the club ( Bettmann Archive/Getty Images ) 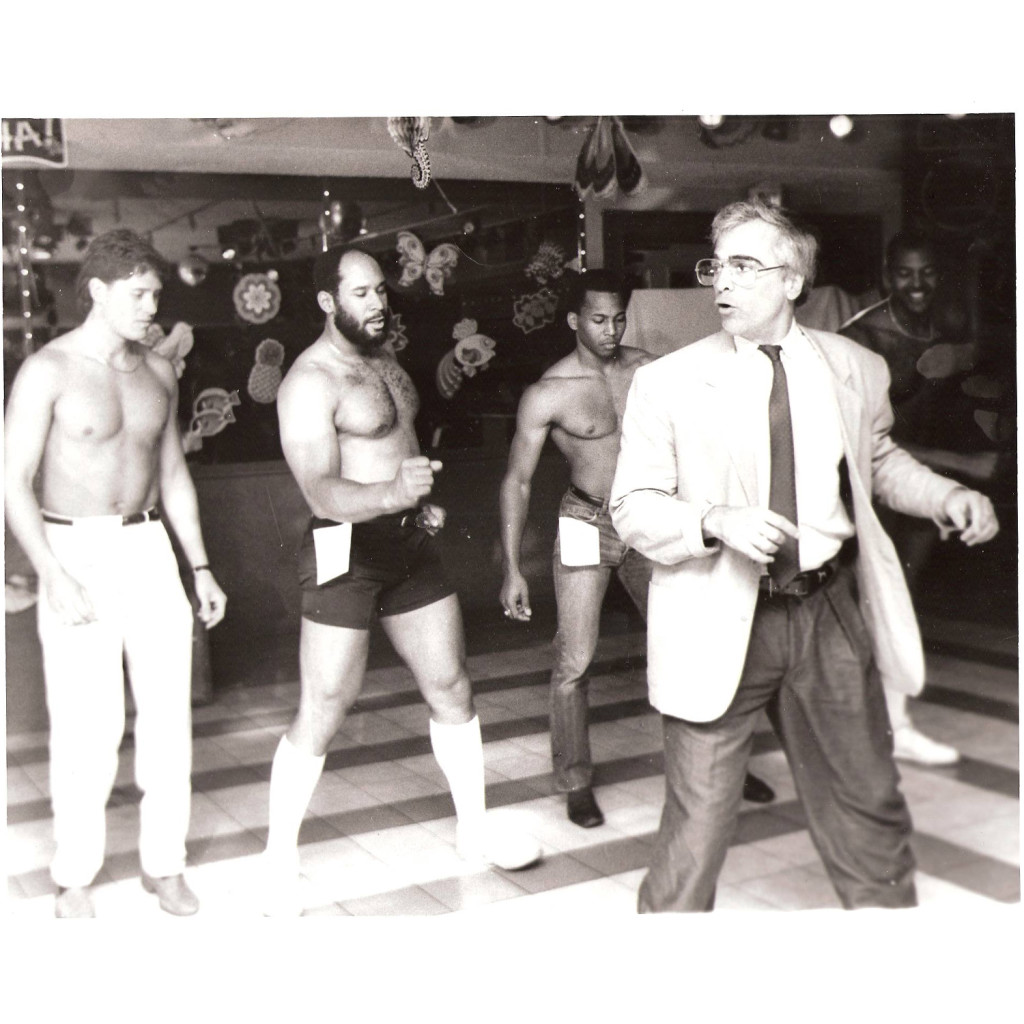 One of the last pictures of Nicholas “Nick” DeNoia, working with Chippendales dancers. (Photo courtesy of Marie DeNoia Aronsohn, all rights protected). 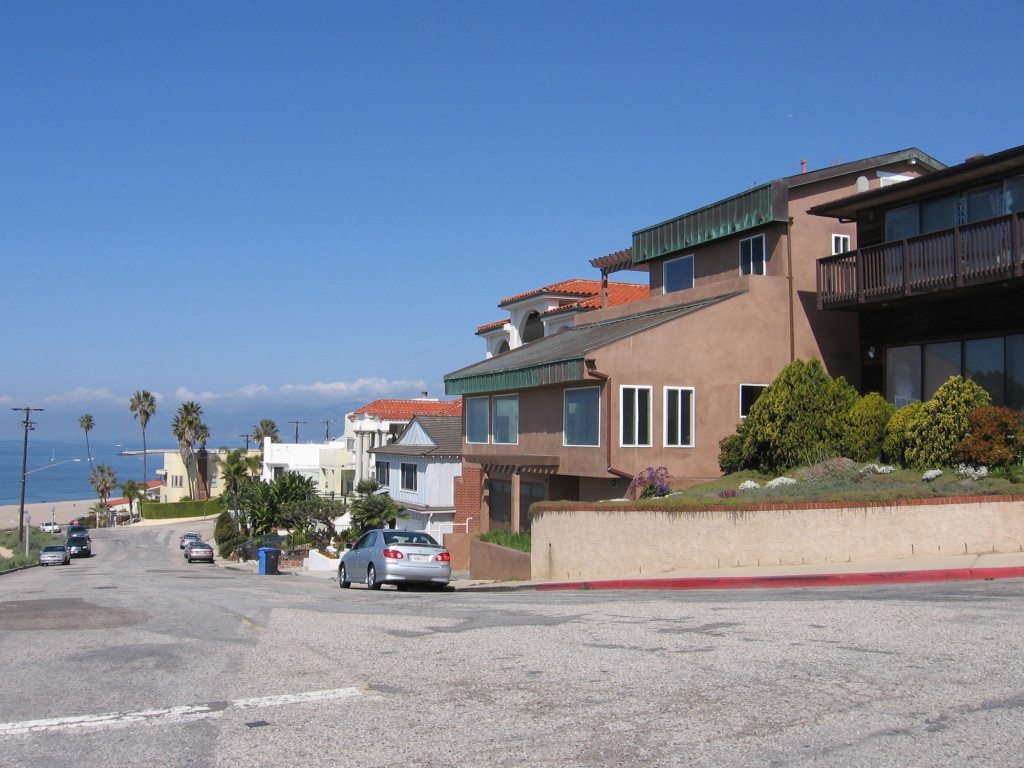 Steve Banerjee’s house in Playa del Rey on the Pacific Coast. His house was the second brown house from the corner. 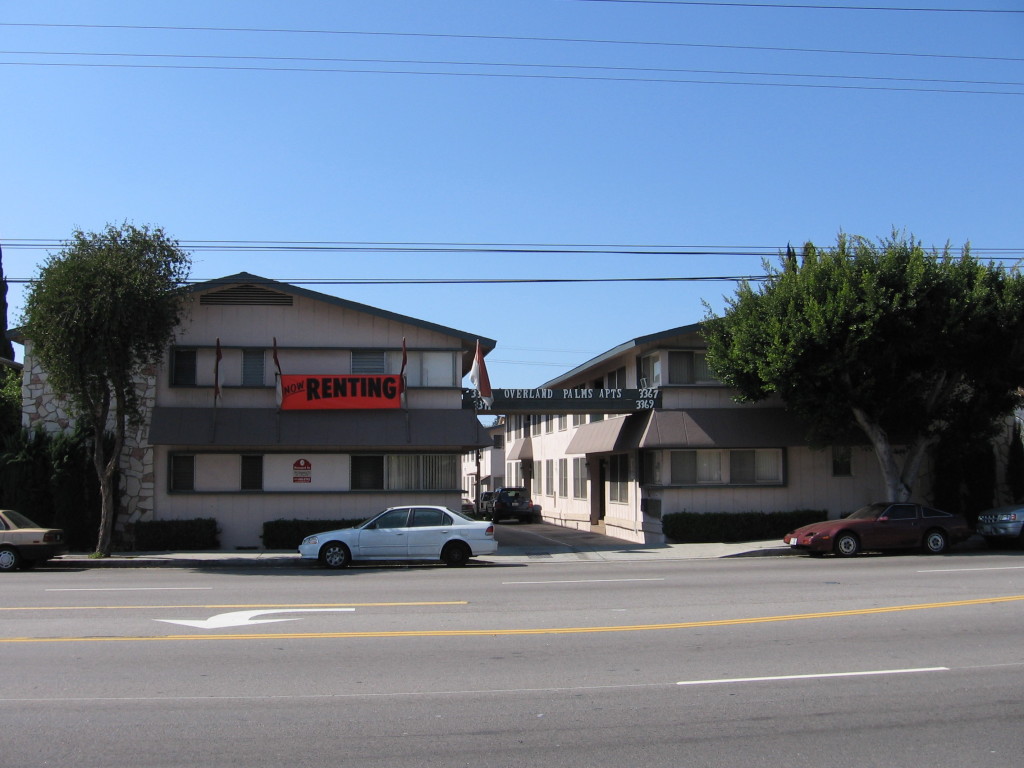 The Overland Palms apartments, which Ray was managing when Steve offered him $7,000 to burn down a rival nightclub. 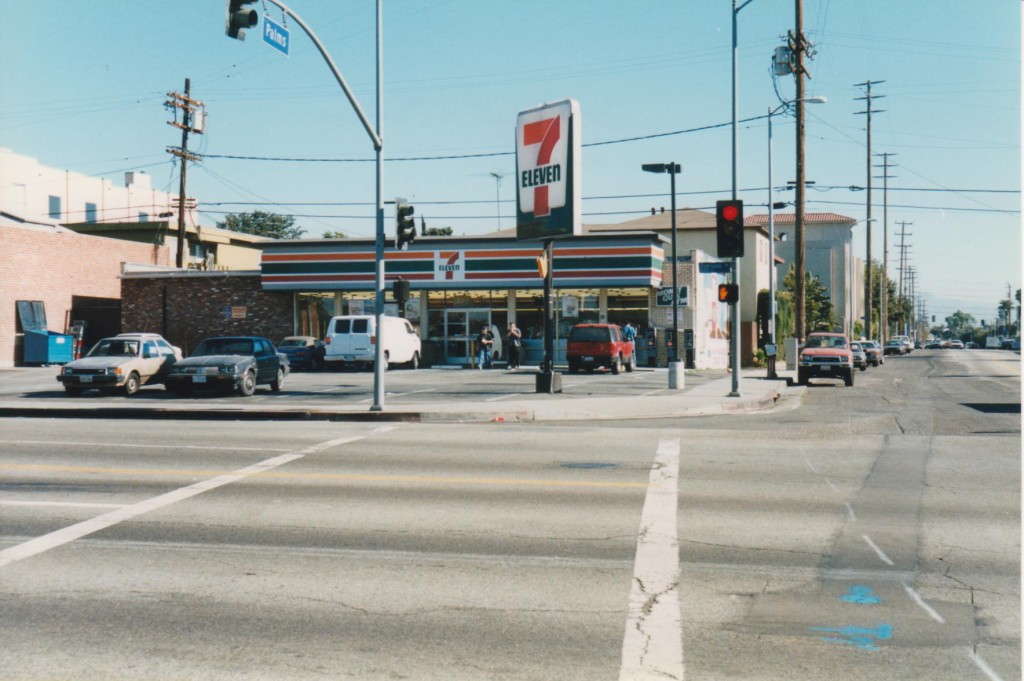 The 7-Eleven where, in 1978, Ray Colon found a pair of young would-be arsonists for Steve to hire to burn down a rival nightclub, Moody’s. 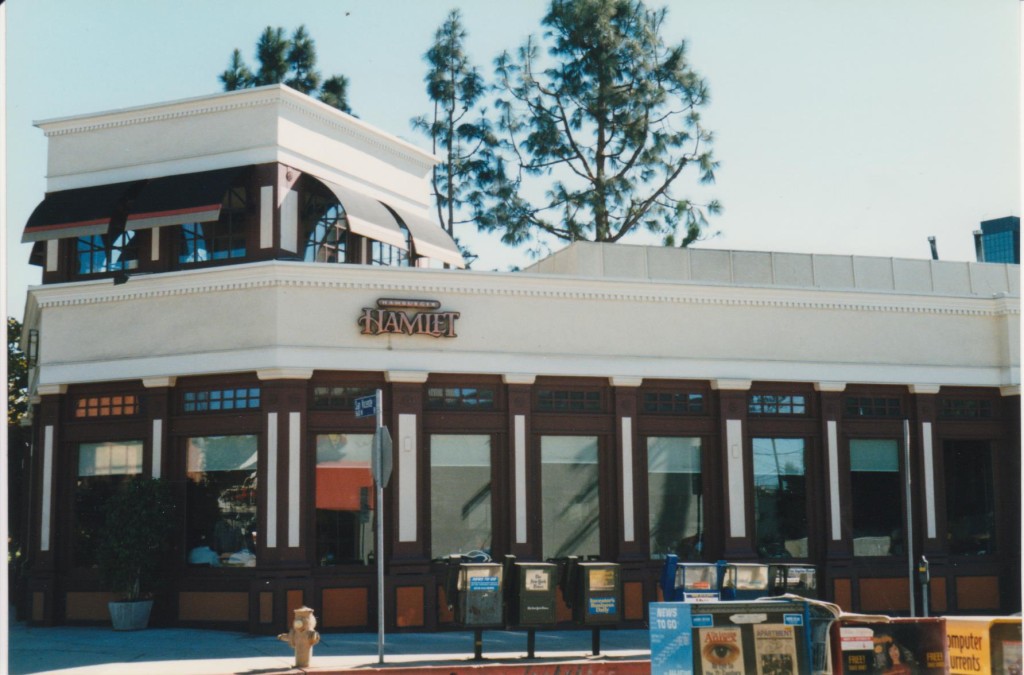 The Hamburger Hamlet in Brentwood where, in 1984, Steve Banerjee met Ray Colon to ask him to arrange the burning down of a rival club, the Pearl Harbor. 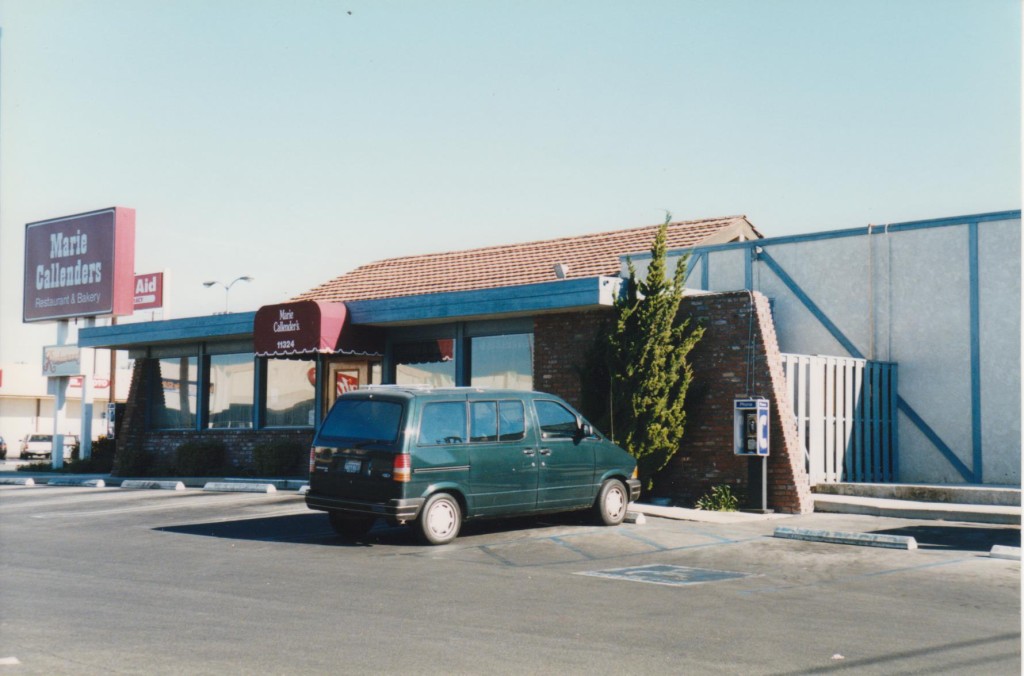 The Marie Callender’s restaurant on National in West Los Angeles where, in 1987, Steve Banerjee told Ray Colon he wanted “the ultimate” done on his business partner, Nicholas “Nick” DeNoia. 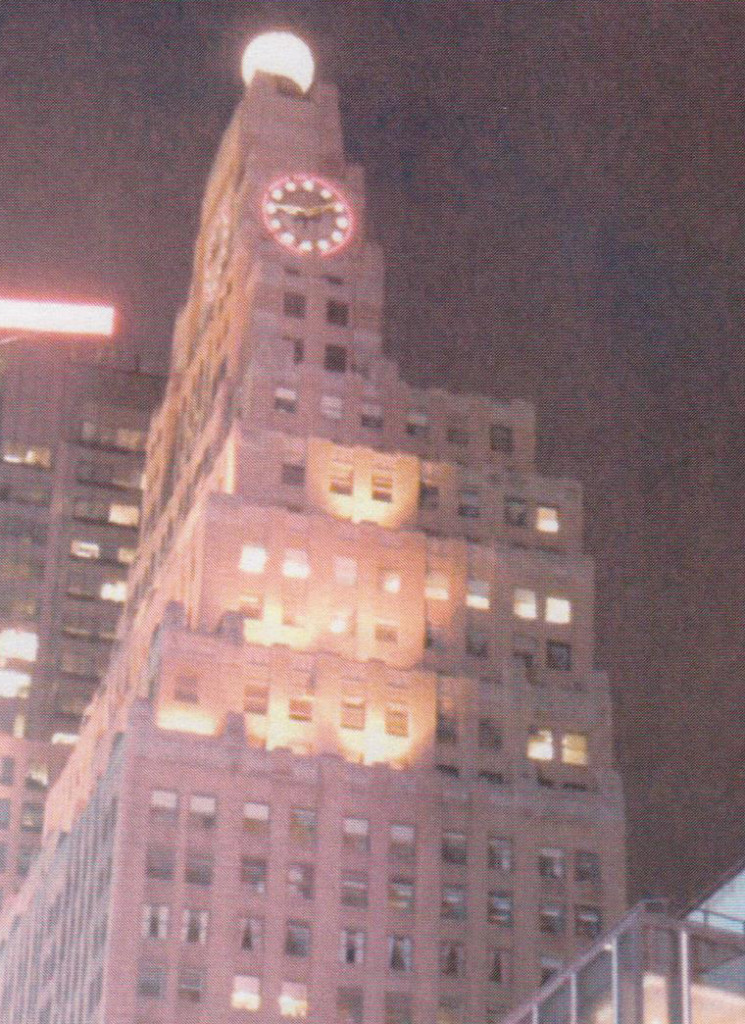 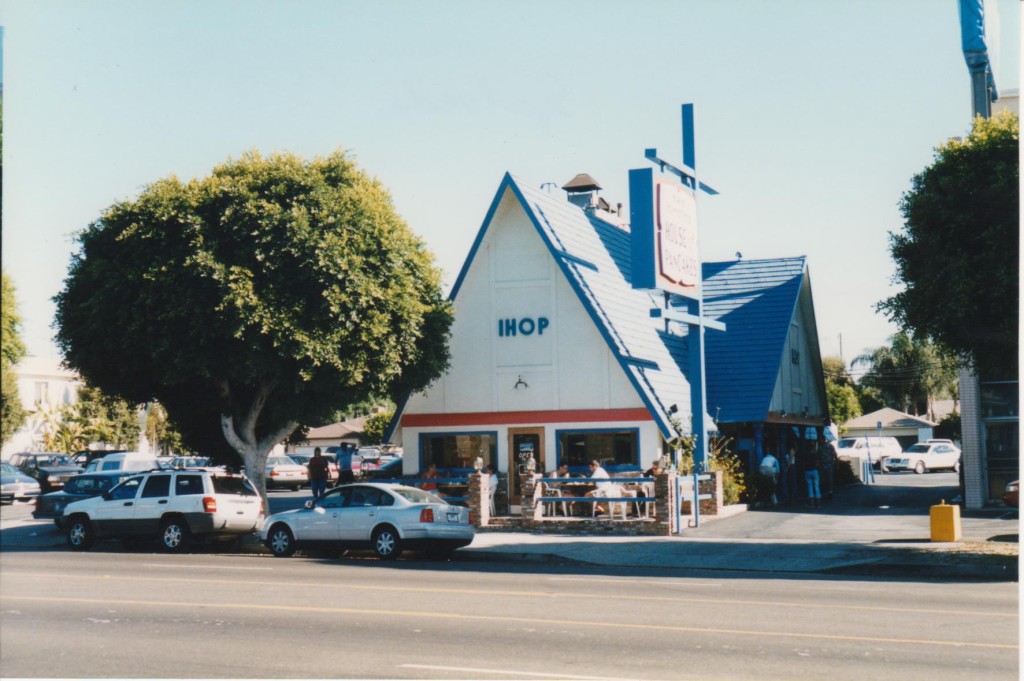 The International House of Pancakes on Sepulveda Boulevard in Los Angeles, where Steve Banerjee met Ray Colon, with Louie Lopez waiting in the car, to pay for the hit on Nicholas “Nick” De Noia in April 1987. 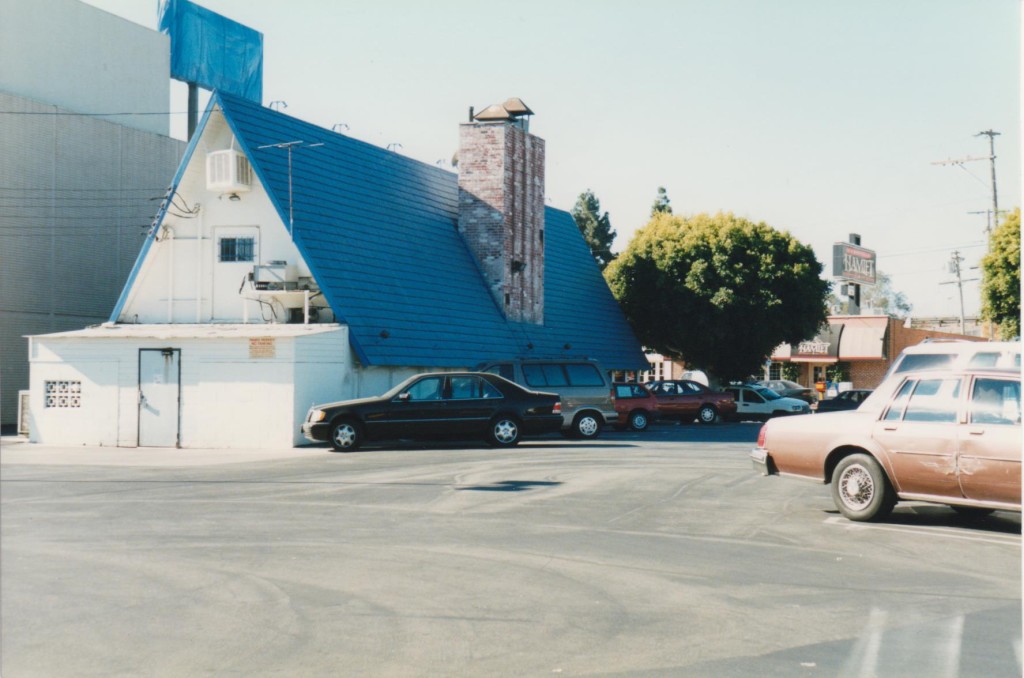 The parking lot of the International House of Pancakes, where Steve parked to meet Ray. 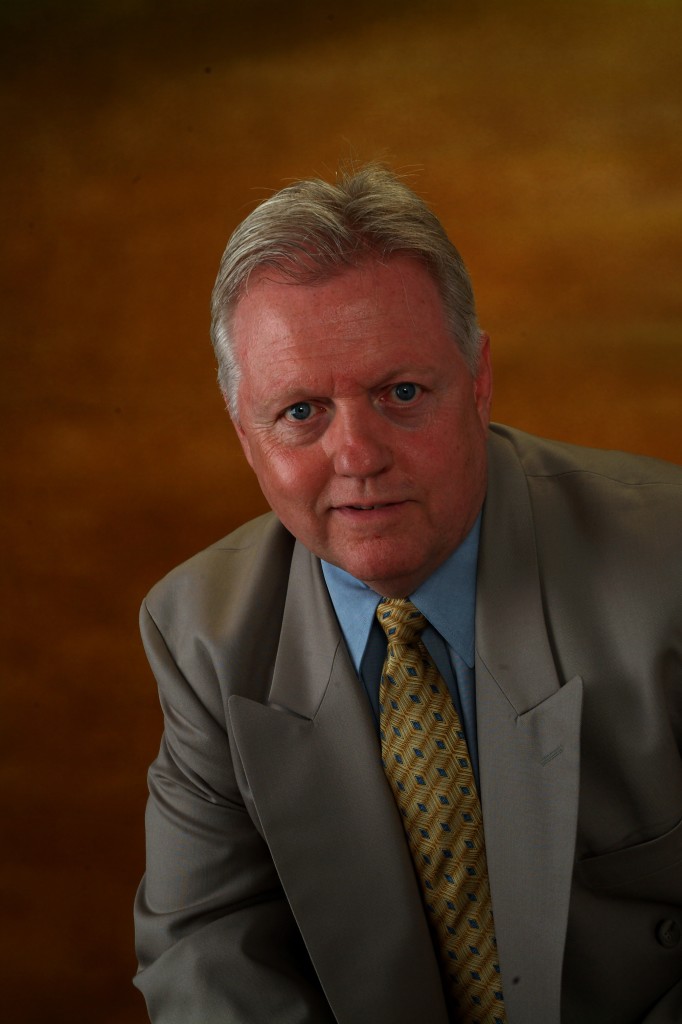 Detective Michael Geddes, NYPD, who was assigned to investigate the murder of Nicholas “Nick” De Noia in Manhattan. (Photo courtesy of Michael Geddes, all rights protected.) 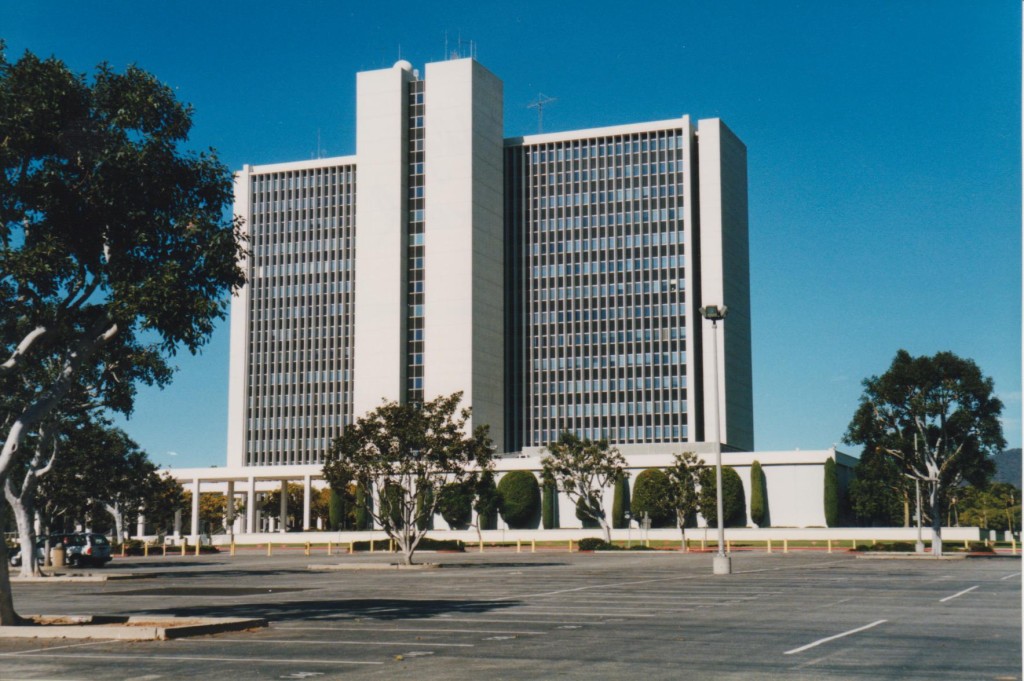 The Federal Building in Westwood, where the FBI agents assigned to the case, Andrew J. Stefanek and Scott Garriola, were based. 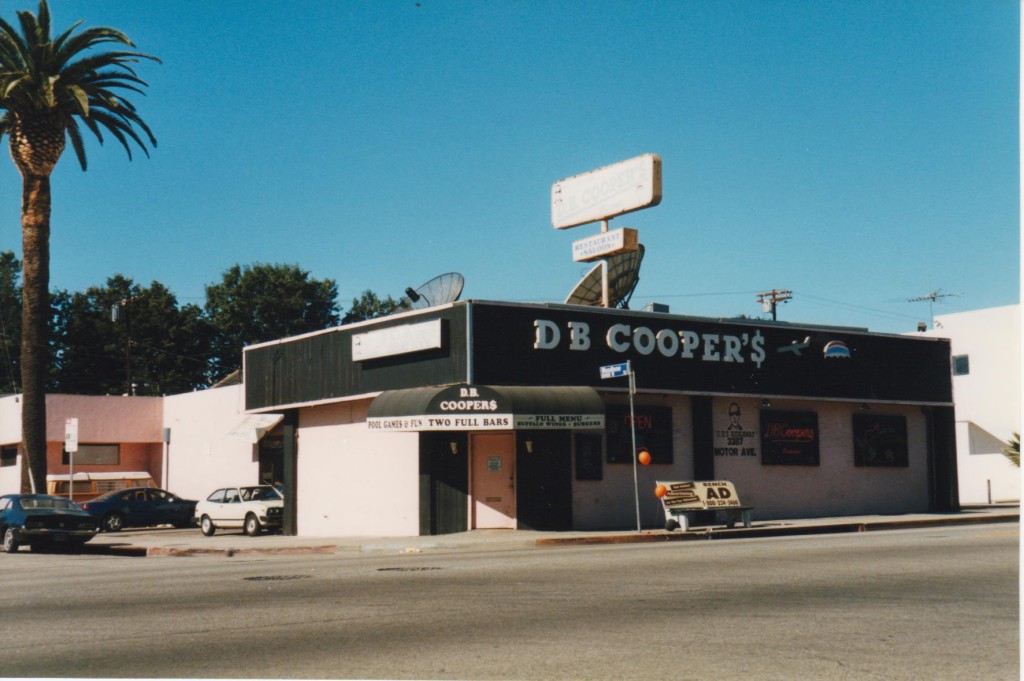 D. B. Cooper’s, where Steve had cash delivered for Ray Colon to aid in Ray’s legal defense. Instead, the FBI collected the cash and used it to confirm the link between Steve and Ray. 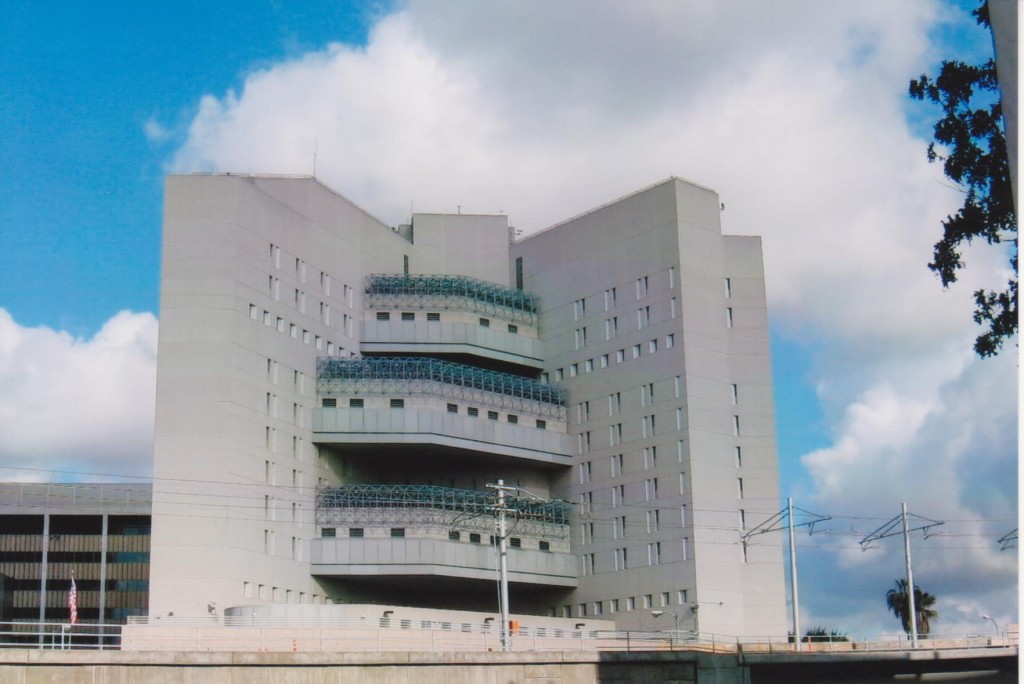 The Metropolitan Detention Center in Los Angeles where Ray Colon and William “Billy” Nelson Barnes, and then Steve Banerjee were held after their arrests. 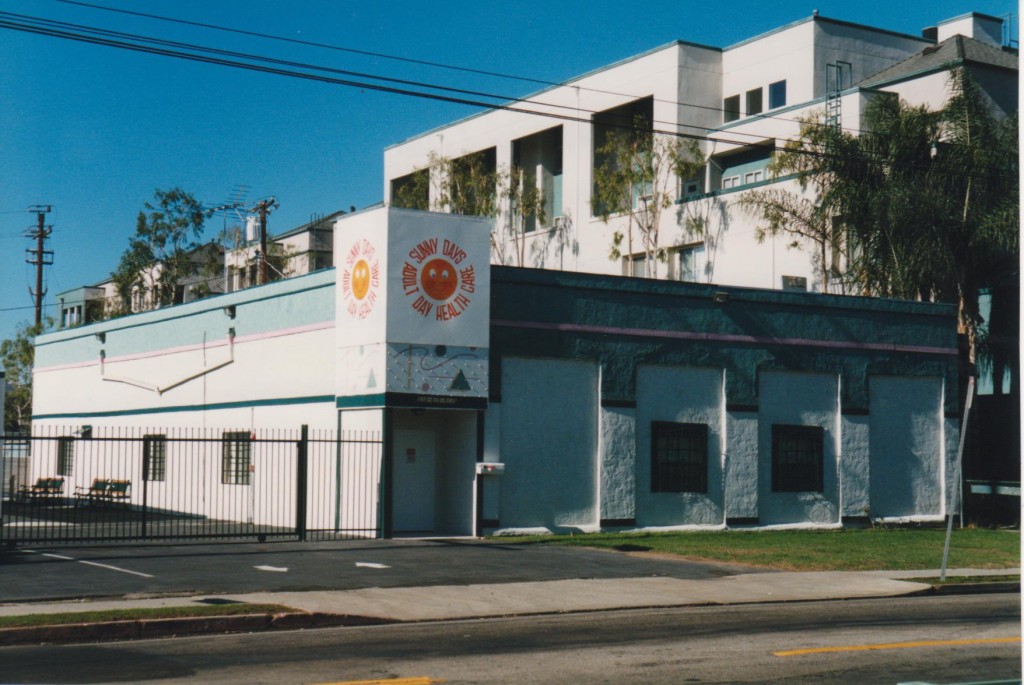 The building that houses Chippendales after the club closed in the late 1990s. At the time, it housed an adult day care. 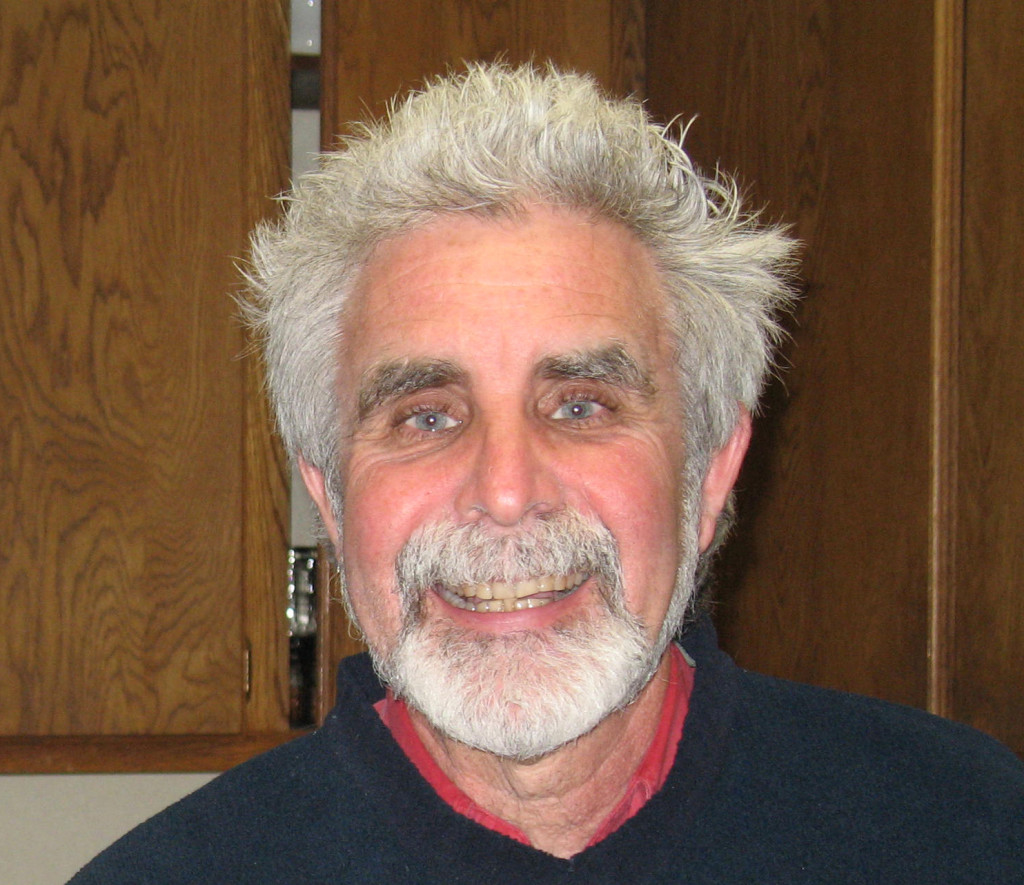 Steve’s attorney, Bruce Nahin. He was not involved in any way with the crimes related to Chippendales. (Photo courtesy of Bruce Nahin, all rights protected.)

Get your copy of Deadly Dance: The Chippendales Murders Today!

Buy it today as a paperback, kindle or in any e-book in any format.

If you have any images related to the Chippendales murders, including images of Ray Colon, Lynne Bressler, Louie Lopez, Billy Barnes, or anyone else related to the case, please contact Kerrera House Press at queries at kerrerahousepress.com.

Unless otherwise noted, all images are the property of K. Scot Macdonald and all rights are protected. No image may be copied or used in any way without the express written consent of  K. Scot Macdonald.