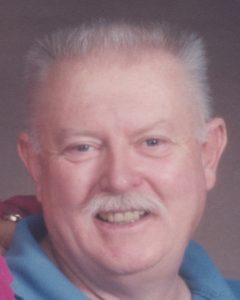 Born in Calgary, Alberta, Neil was the first in his family to attend university. After graduating with honours from Duke of Connaught High School in New Westminster, he earned bachelors (1958) and masters (1960) degrees in psychology from UBC, a masters in journalism (1967) from the University of Oregon, a PhD in mass communications (1966) from the University of Minnesota, and, late in life, a masters in physical education (1991) from UBC.

Neil was a true renaissance man. As a young man he was invited to a Pittsburgh Pirates training camp only to have his pro baseball dreams cut short by rheumatic fever. In college, he became a reporter, covering crime and then sports for the Vancouver Province and the Eugene Register-Guard, which he always said were the happiest days of his life, covering the BC Lions and sports across Oregon. He won a national award for an article in Old Oregon and later in life wrote book reviews for the Vancouver Sun and was a sports reporter for The Northern Light in Blaine, WA. He became a psychology professor and taught briefly at St. Francis Xavier University, Laurentian University, BCIT, and for almost thirty years at Vancouver City College (VCC). For a time he taught at two colleges at once: VCC and Douglas College. Year after year he earned the highest possible student reviews for his entertaining lecturing style. He wrote, produced and hosted a cable television show on psychology in the 1970s that won a Canadian national cable award, reported sports on the radio, published two books (The League that Lasted and Saucy Jack: Alias Jack the Ripper), was a background actor (Bruce Dern once fell over him during a scene at the BC Pen), and went to Europe twice with two of his adult children and several grandchildren. He also was a painter and a professional cartoonist, selling some of his humor to various newsletters. 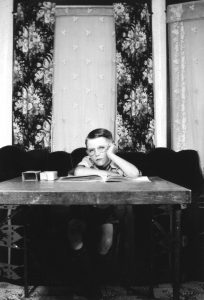 Neil as a young writer in 1940s Calgary

Neil grew up in Calgary, Delta and New Westminster, and after completing his PhD, lived in Antigonish, NS, Sudbury, ONT, Winnipeg, Port Moody, Coquitlam, North Vancouver and Blaine, WA, often complaining about the cold and rain. For the last three years of his life he lived in Culver City, west Los Angeles in the warmth and sun. He could curse with the best of them, constantly worried over his health and was always concerned about crime after his stint in the 1950s as a crime reporter. For all that, he could entertain with stories about his family, from Uncle Slim who ran numbers for the Mob to Uncle Bill who could eat an entire 1-pound container of ice cream and never gain an ounce. He loved pigs, created The Thursday Oinker, who brought small gifts on Thursdays for his children, and could savor ice cream for minutes per spoonful. 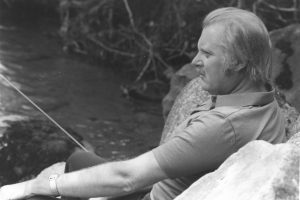